What We've Been Up To

Yesterday, Sam turned 5 WEEKS old.  Crazy, isn't it??  I don't know where the time went...well, actually I do.  It's been spent nursing, changing diapers, rocking, singing, playing, going to the playground, the zoo, the store, cleaning...well, you catch my drift.  Whew.  And I though working was tough!?!

All in all, I have to say the transition from one to two has gone smoother than I expected.  It doesn't hurt that little Max is already 2.5, and he is over the moon in love with his baby brother -- so he doesn't mind sharing storytime, snuggle time, playground time, mommy's lap, etc..  It also doesn't hurt that, for the most part, Sam is a pretty mellow baby and when Mommy needs to put him down to give some extra snuggles or attention to the #1 boy, he doesn't usually complain.
I've been trying to keep up busy, without going too crazy.  I think we've found a happy medium between playing at home, playing outside and just relaxing.  Since Max has been in daycare, I felt some pressure to keep him on a routine/schedule similar to what he's had at school, so that the transition back in July won't be so tough.  But, it turned out that it looked like keeping up that type of pace was going to be harder on me -- so sometimes, something has to give -- and you just have to be brave enough to recognize what has to give.  We still do what I consider to be an enrichment type activity every day -- but it is not nearly as structured as what he would've gotten at daycare.  And that is FINE.  Because, I am considering our break together sort of as his 'summer vacation'.  See it?  Guilt is going out the window... (hear it, I am still trying to convince myself...).
Anyways, as time has been flying by, here are some of the fun things we've been up to lately:
Going to the zoo: 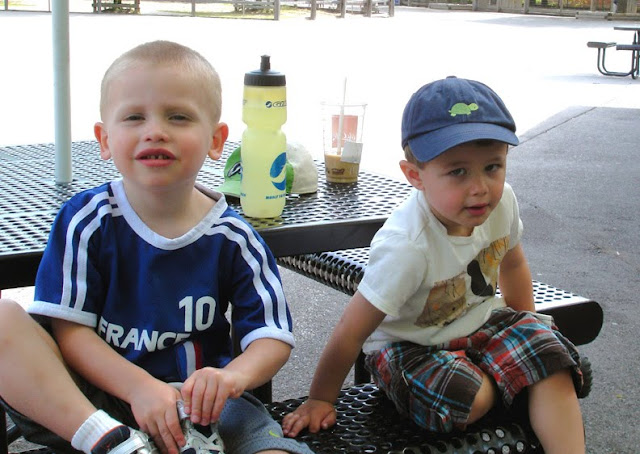 Max and his buddy (from up the street and school) John. 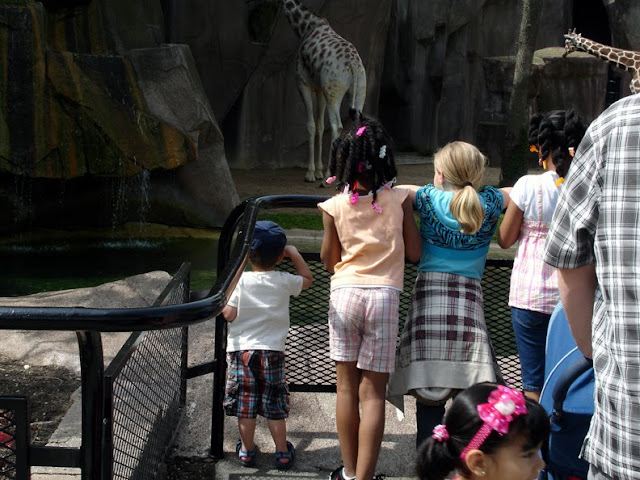 Aww...isn't this sweet?  He loves giraffes. 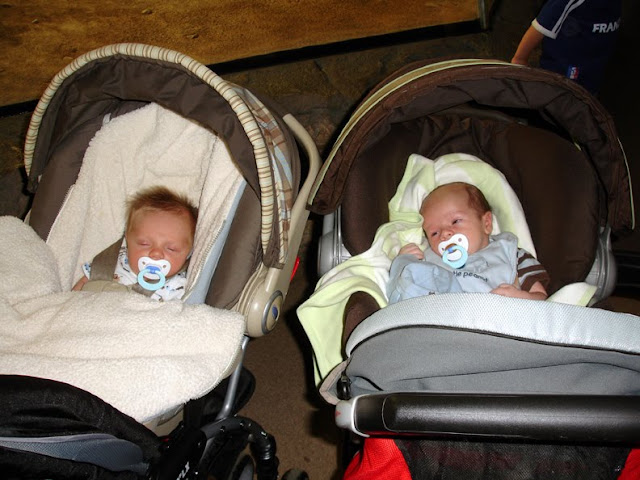 Sam and Ryan (John's little brother born two weeks after Sam) and their first trip to the zoo. 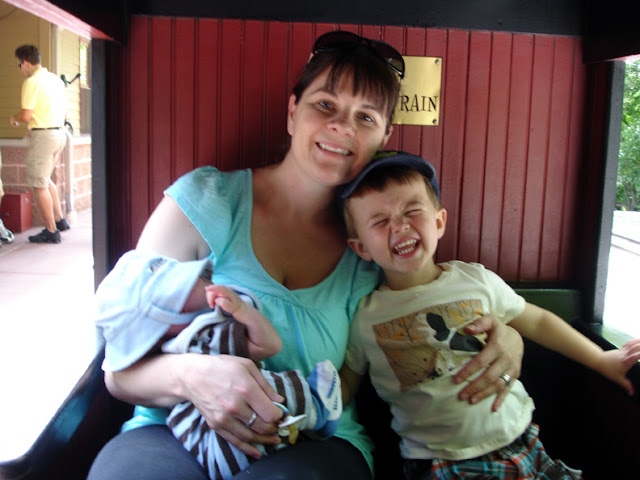 Taking a train ride at the zoo. 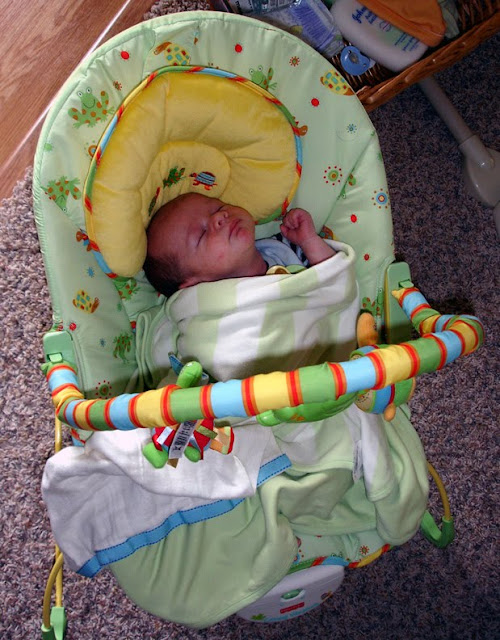 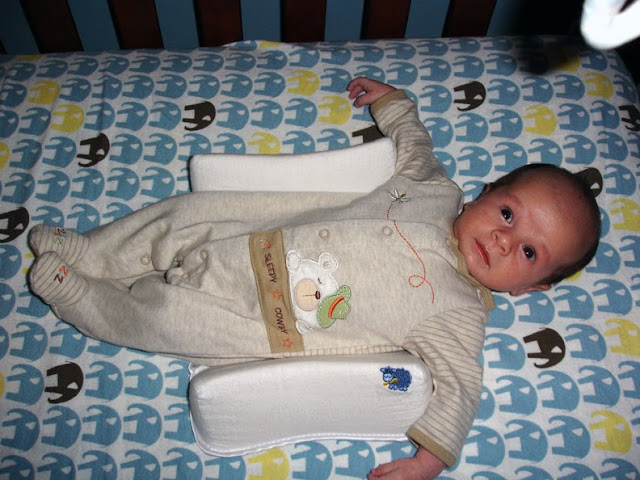 Sam chilling out in his crib... 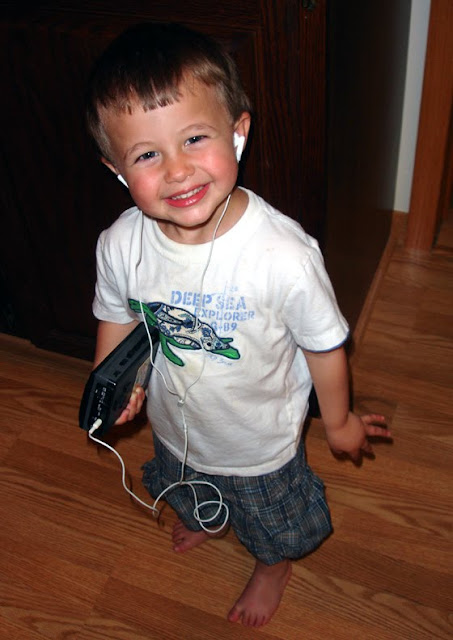 Max rocking out to music.  Big Max found his old walkman, and little Max decided he must have it.  So, we hooked him up with a tape of Beethoven and some earphones.  This kid was ear to ear smiles for the next hour.  Rocking out to Beethoven....LOL.
And, of course, ROLLING OVER. Sam seems to have mastered the tummy to back roll, and I FINALLY got it on film:

I love that chin-up pose Sam sleeps in. Charlotte does a similar thing when she is stretching after a bottle. Too cute!

Man, those are some cute kids, Stef. How cool is it that you have friends with kids so close in age? Heaven sent.