This past weekend we loaded up the two kids in the car and decided to drive 7+ hours south of us to St. Louis, Missouri.  Yes, that would be the longest trip we've taken with the boys in the car to date. Yes, we realize that we might be labelled as crazy by some...
We were going to celebrate my cousin, Sam's godfather's, 30th birthday -- only he didn't know that because it was a SURPRISE party.  Shh... (oh wait, he knows now).
Chris and his wonderful wife, Laura, were living in Chicago the past few years, but a job relocation took Chris to St. Louis (he works for Hyatt).  Chris is one of my most favorite relatives, so I was beyond excited when Laura emailed us about coming to visit for the surprise party.  Of course, I said, count us in!
And then I realized that we needed a suite, or two rooms to make this trip happen.  Which meant that I was going to have to get in touch with Chris to have him help us book a room -- and after much debating and planning, we worked out a story where I was coming to St. Louis to visit my good friend Emily.  He was none the wiser (or so he says...)!
And let me tell you, he hooked us up with some pretty sweet digs and his hotel.  See for yourself: 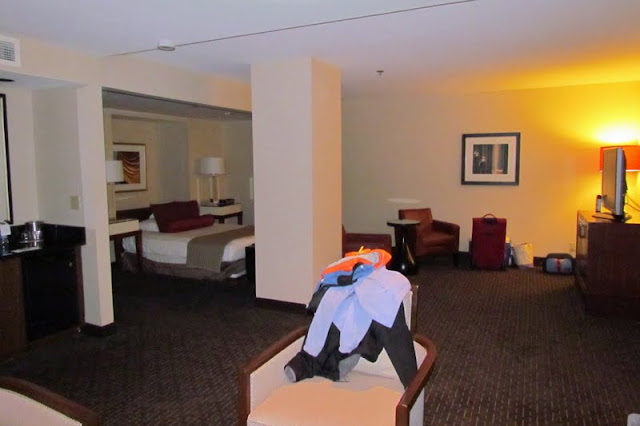 The bed and TV, bathroom is down the hall on the left... 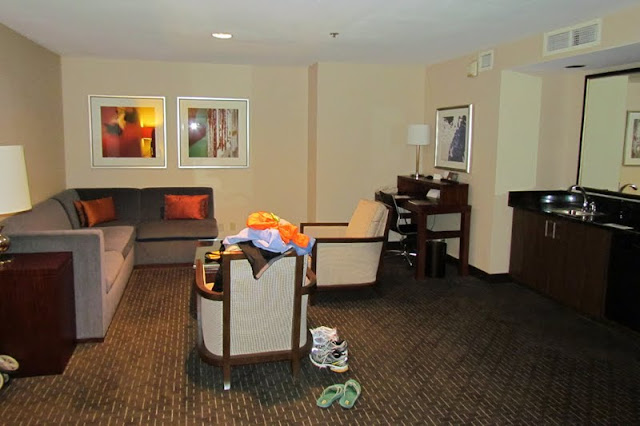 This was the bar and 'sitting area' in OUR room.  Pretty nice! 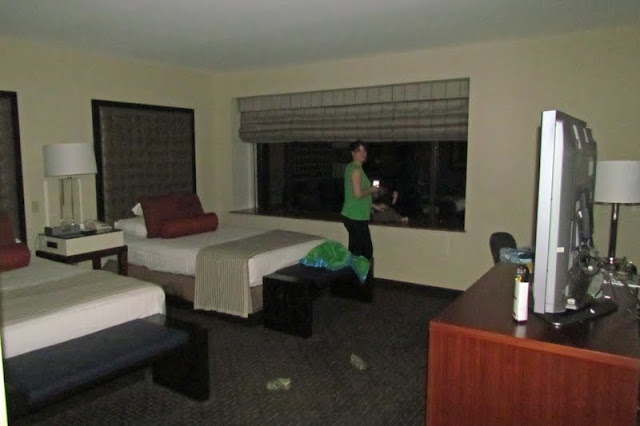 The boys' had their OWN room (the key to a successful vacation, in my book) with a DOOR that SHUT between our room and their's.  We brought along the video monitor and the noise machine...both of which made sleeping in a strange place a success. 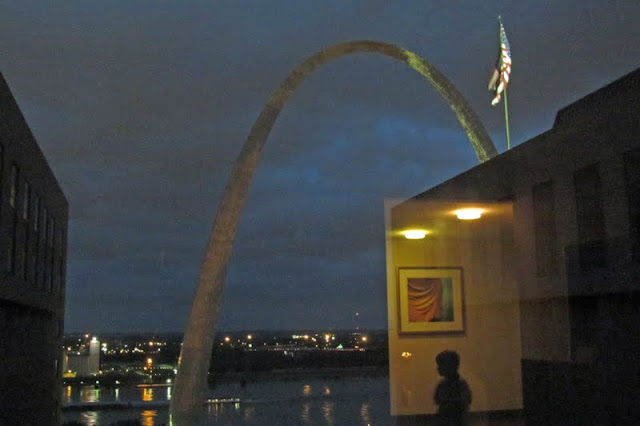 The view out of the boys' room.  Stunning!  Little Max was SOOOOOO excited to see the "rainbow arch" and he kept calling it.  For the entire week preceeding our trip, I told him stories about the Arch.  I told him that the city was named St. Louis -- and hey -- isn't that YOUR middle name?  I told him about the Arch and how it looked like a big rainbow and it was so tall that it touched the sky.  I told him that you could ride an elevator allllll the way up to the top and look out of little windows -- and that I had done that when I was a little girl.  To say he was excited to see the Arch was an understatement.  He was O.B.S.E.S.S.E.D.  From the moment he saw it in the car to the moment we left St. Louis (and admittedly even now at home) he has asked about it -- if we can go visit it, if we can go touch it, if we can go see it.
﻿ 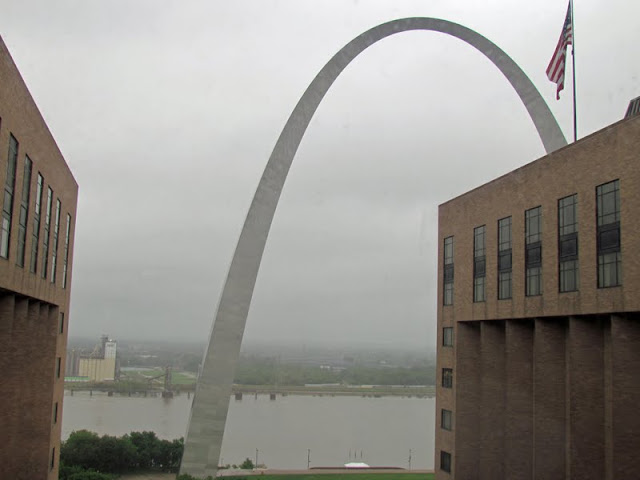 Saturday morning was a bit rainy and cloudy when we woke up, but we didn't let that get us down.  We were especially excited to see the Arch during the daytime...and from the comfort of our hotel room!
Our plans for Saturday were very simple -- there were two things I wanted to do while in town (since we were only there for a short period of time) -- to visit the Soulard Farmer's Market and to show Little Max the Arch.  We accomplished both (posts to come) and we got to do it alongside Emily and her beautiful family!  We couldn't have asked for more!!!
﻿ 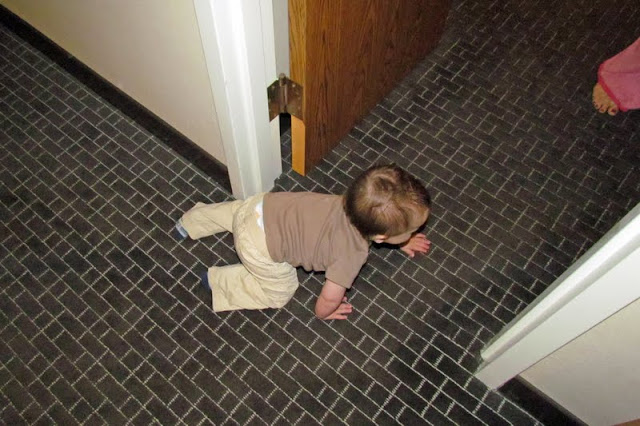 We took our time getting ready on Saturday morning, and Sam explored the room.  He was a little unsure of his surroundings, so he followed me around for the most part.
﻿ 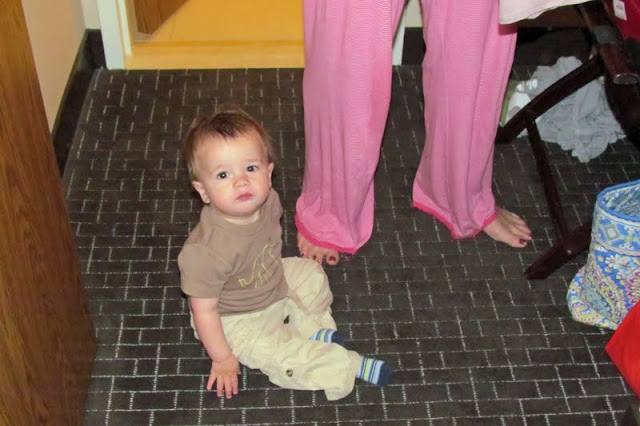 I can't believe how BIG my little baby is getting!﻿
Posted by Stefanie at 8:48 PM

Ahh...we made the BLOG!!!
Love the picture of Sam at your feet!