This past weekend, we had out of town visitors! I FINALLY got to meet Emily and Melanie -- two other November 2007 mommies that I had met on the message boards of BabyCenter just after our sons were born.

Now, you might find it a bit odd that we met over the internet, and that this meetup in WI was the FIRST TIME we had ever laid eyes on each other, but let me assure you that the entire weeked was magical, and we all had such a good time! You'd never have known that we hadn't met before then -- conversation was plentiful, and we all got along like good old friends (of course, we've talked enough online and by phone already to make that possible).

Anyways, other than the goal to get all of us ladies together for a meetup, we also wanted some photographs taken by none other than the awesome Emily Southerland...I can't wait to see what she comes up with!!!

The only damper to the weekend was the sickness/cold (not swine flu!!) that lil Max came down with Friday afternoon, just as our guests were rolling into town. The sickness made him pretty out of it for most of Saturday, but his little body recovered quickly and he is almost back to normal now. I just hope that Nolan and Noah don't get the sickness....but, I guess germs are pretty much inevitable at this age...

So, without further adieu, I will leave you with some photos from the weekend. The first 3 are some candid shots of Emily's, and the rest are mine. I don't have a whole lot of pictures of the weekend, seeing as Emily was doing most of the photo taking! :) 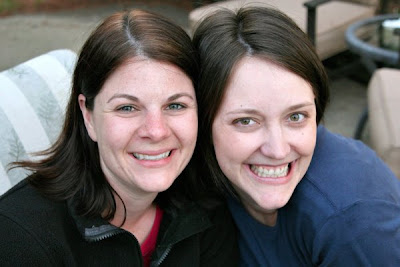 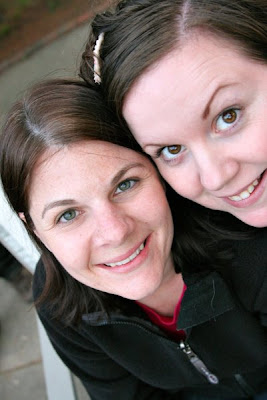 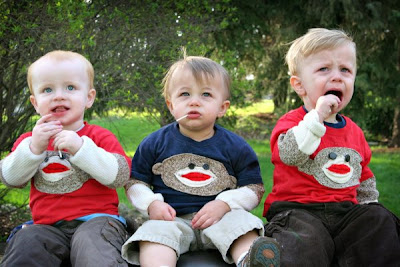 The 3 boys in their matching sock monkey t-shirts (made by Emily). I feel the need to explain this photo a bit more. See, Max is kinda zoning out in the middle, trying to psych out Nolan (on the left) and Noah (on the right) so that he can steal their suckers. Noah is crying because Max had just attempted to steal his sucker. Nolan is happy because he wasn't the victim of that go around....

This next slew of pictures is inudated with red balloons -- a vision that Mel and Em wanted to fulfill during the weekend. Unfortunately, Noah and Max were less than thrilled with the balloons, and wanted little to do with them. Nolan, was a good sport and had lots of fun! 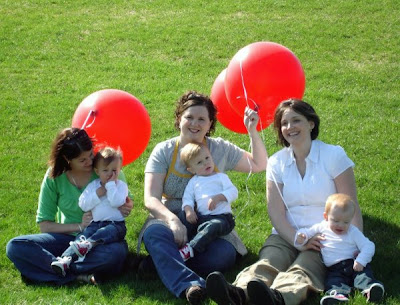 From left to right: me and lil Max, Emily and Noah, Melanie and Nolan. 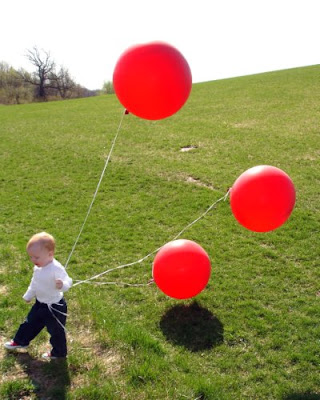 After awhile we gave up on the 3 individual ballons and started tying all 3 to the boys at one time. Nolan didn't mind at all and took off with all 3 balloons... 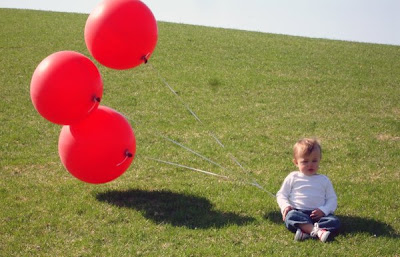 Max definitely wasn't as thrilled, but he put up with it for a little while... 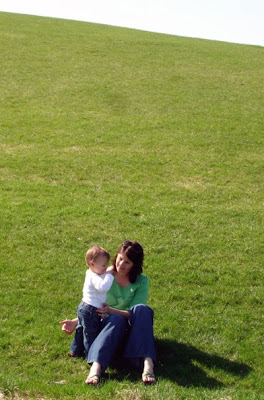 Then he needed some mommy consoling (or some from Auntie Amanda who came along to help elicit some smiles from the sick wee one)... 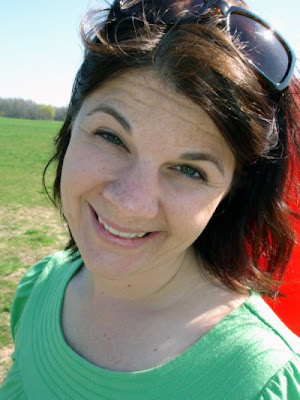 I tried to keep a happy smile on despite how disappointed I was that lil Max was sick -- what can you do, though? Smile!
Thanks for the magical and fun weekend ladies!
Posted by Stefanie at 1:28 PM

these are great pictures! and it looks like you girls had an awesome. visit!

Fun!!! I love reading you perspective of it all!! And you are darling and it makes me SO happy to find out you are a "face maker" for photos nearly as much as I am.

I had an AMAZING time, and feel so blessed to have you as my friend. Thank you!!

The boys are so cute! Love the pictures.

Ditto to everything Em said.

It was such a wonderful weekend. Thank you for being such a gracious hostess, even when Max was a sickie.

Such fun pics! It was so nice to meet the gals and their families! The boys were adorable.

You three have formed such a cool bond. It's quite sweet.

Jealous, jealous, but in a happy and healthy way - not a creepy way ;)